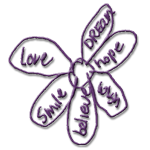 Restoring Hope and Independence for survivors of Domestic Violence

In one day on January 24,2018 anti -domestic violence programs participating in the Point-In-Time identified 1,092 people in Minnesota attempting to flee a situation and were told there was no shelter or housing resource they could access. Of that 1,092 …40 stayed in a vehicle…604 stayed with their abuser…444 stayed with family or friends.

In 2020, according to Violence Free’s Homicide Report:

Economic abuse is one of the most used tactics to maintain power and control over victims and occurs in 99% cases of relationship abuse. It destabilizes victims’ access to basic human necessities like employment, housing, food, transportation, and child- care. Economic abuse includes using tactics that cause a victim to lose their job or public benefits; ruining a victim’s credit or preventing them from having a credit history; denying child support or making it too dangerous to pursue child support; and causing a victim to get evicted from, or denied access to, housing. Victims may also experience difficulties with work absenteeism and maintaining employment. Victims may sometimes become involved in systems of sexual exploitation due to financial need. Economic abuse is one of the most common reasons why victims are unable to leave abusive relationships.

Economic abuse is when your partner:

At least six intimate partner homicide victims in 2020 (20%) experienced homelessness at some point. Three had past documented intimate partner violence experiences, and two were fleeing violence while experiencing homelessness. Research indicates that financial abuse is one of the most commonly given reasons domestic violence victims stay with or return to an abusive partner. Victims have to choose between staying in an unsafe home or having no home at all. Domestic violence is also a leading cause of homelessness for women and their children. According to data collected by the Homeless Management Information System (HMIS), between January 1, 2005 and September 4, 2019, 46,961 individuals who had experienced homelessness in Minnesota had also experienced domestic violence. While we have not had access to consistent data on the economic abuse experienced by the homicide victims, throughout our reports we found women who had faced economic instability in the past and/or suffered from a lack of economic resources in the five years preceding their murder.